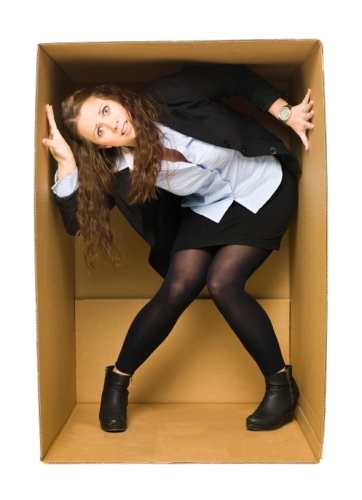 I have a question: Am I radical? meaning, do I live too far out of the box and would you be more comfortable if I were inside that box?

I was talking with someone yesterday about the weather and our authority over it. You see, we had planned a Christmas luncheon for the Healing Center I work in and by the reports of the weather men; we weren’t going to be able to have it. Those that were coming lived in different parts of the state and had many miles to travel to get here and with all the freezing rain and ice that they were predicting that would be impossible to do. (Not to mention, this is the south and we don’t drive on ice, we just don’t do it).

A few days before the event, we began making declarations to the weather systems, the powers and prince of the air and putting them on notice that we would in fact have our meeting and the weather would not manifest as the weathermen kept predicting. We would not dodge the bullet but instead, we were removing the bullet!  We then sent an email out to everyone asking for agreement with our declarations.

On Saturday, that’s exactly what happened; every person who was to come to this event came and there were NO problems with the roads. They were perfectly dry, and of course, we were not surprised.

So back to my conversation yesterday: This person was commenting about the email we sent out about coming into agreement over the weather. They personally wanted it to snow and become icy but they felt a conviction from God to ‘get over it’ and agree with us, which they did. Also, they wondered about us praying like that in the first place. I corrected her and said we weren’t “praying” at all or asking God for anything, but instead we were declaring and commanding as God had given us authority to do. We can’t keep asking God to do for us what He’s expecting us to do.

While she agreed with this on some level (her words), she thought it was a radical belief. As in who does this??  Don’t we just pray and ask God for protection and to keep us safe and that’s it?

I answered, ME, I do this and I’ve seen too much happen to stop declaring now! And no, we don’t just pray for God to do everything for us. We take dominion and declare the enemy’s hand is removed.

I had this conversation about 5 years ago but the question still remains; am I radical, do I live too far out of the box, or are there better questions?

Are you living in a box?

Are you experiencing the kingdom?

Are you walking out the things you talk about?

Me – I’m living on the edge, as far as I can go, today. Tomorrow, the edge will extend out even further.

To answer the original question, no, I’m not radical; this is normal everyday life for believers and especially me. This is what normal is in the Kingdom, but not normal by the worlds standards. I won’t live in that box! If that scares you, stick around because you ain’t seen nothing yet!

On Good Friday, we were yet again declaring storms to cease. Another day in the life. . . .. .