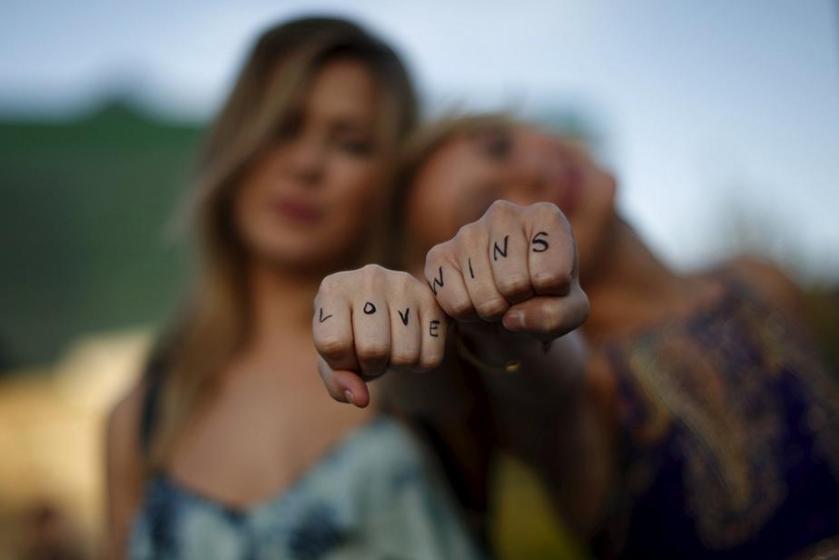 Do you ever find yourself discouraged when all you seem to see are hurt and broken people, everywhere you look? It’s hard and sad at the same time. And sadly, the church has all too often been to blame for much of this. But in actuality, its people who hurt people, even if it happened in a church setting or in the name of religion it’s still people, sometimes called “flesh” that wounded them. We need to see a bigger picture of what’s going on here. Our battle is not with flesh, by the way. What we are battling are forces of darkness in the spirit realm.

These dark spirits are whispering things into the ears of people who have been hurt and in effect, prodding them into agreement with thoughts of punishment and vindication toward those who hurt them. These thoughts don’t originate in the person but they may very well sound like their own voice. They are not. These are the strongholds that are mentioned in 2 Cor 10: 3-5. We need to pull them down and not come into agreement anymore.

I have found that it’s not always the church that causes these things. Sometimes people are broken and hurt because of bad choices they’ve made along the way and now they don’t even know the truth anymore. And other times WE are the broken ones. I believe that because of this we have an affinity with other broken people. Heck, we are their champions sometimes because it’s validation for our own brokenness.

Often when people are wounded, it wasn’t the intent of the person inflicting the pain to cause harm; no, they’re usually doing things with the best intentions in mind.  Maybe it’s not the way you would have done things, and maybe you would have treated people better, but maybe not. We all fail from time to time and people get hurt, it happens every day.

However the hurting came about, it all stems from one thing; continuation of wrong belief about one’s self and coming into agreement with what has been spoken over them, whether it was intended or otherwise. These wrong beliefs are not who they/we are.

Most people don’t admit to actually believing the curses spoken over them or the sense of worthlessness they feel about themselves, audibly or even on a conscious level, but they are the thoughts that are entertained day in and day out. I imagine that much of the inner thought life of most broken and hurt people are simply tapes of every bad thing that has ever been spoken over them. I know that’s been the case for me in the past; I assumed it must be true.

So how do we help someone who is broken and wounded? We show compassion for what happened but then show them how Jesus sees them.

One of the problems in dealing with wanting to show compassion to those dealing with broken and wounded people is that we aren’t always sure how to do so because we don’t want to cause more pain.  I mean, they are already hurting right? So what ends up happening quite often is that in order to avoid causing more pain, we get down in the hole with them and begin to commiserate with all the pain and suffering they are going through. We begin to agree with the accusations that come about the person who caused the pain to begin with. And then we call it compassion. It’s not.

I sometimes feel that when we spend so much time looking at the problem, i.e. the woundedness and brokenness, that we become accusers and may not even realize it. How often do we find ourselves in a stance of accusation?  There is only one accuser and it’s not us, or at least it’s not supposed to be! That is the identity of a victim. Yes bad things happen to people all the time but it doesn’t change who we are.

When we behave this way, it’s as if we’re saying, or acting as if Jesus has left us all alone, He doesn’t seem to care about us or them and then from that wrong belief, we come into agreement with the lies that started all the brokenness in the first place.  We start to believe they are true.

Simply loving someone where they are is what really needs to happen. But if loving them turns in to agreeing with the victimhood aka that their identity is what has happened to them, well we really aren’t helping at all.

While this can sometimes be a bit overwhelming, did you know that there is another way to see these things, that there are things going on that can’t be seen with our natural eyes?

The answer to all this isn’t to keep speaking about and focusing on how so many people are broken and hurt. Of course I’m not saying that people aren’t hurt, that’s just silly, of course they are. No, the answer lies more in what question we’re asking. Why do we ask why, or why do we feel the need to even ask? Who are we accusing of this really? And what does it say about our relationship with Jesus when all we do is ask why and focus on what we don’t see with our natural eyes? What does it say about us if we need a scapegoat for all that is wrong with people?

The answer lies in knowing that we are loved. When we truly know this and trust Him, we will stop believing those lies that try and define us differently than who we actually are. Then the need for answers to wrong questions will stop. And maybe, just maybe we will begin to ask real questions! Questions like, what can I do to help bring healing to a situation, how can I show ‘them’ that Jesus loves them so much and open their eyes to the fact that those things that have happened to or have been spoken over them don’t define who they are; especially if they stop agreeing with it!

Let’s introduce those who are hurting and wounded to the Jesus who’s so in love with them that He’s already laid down His life for them. All we have to do is love and open our ears, for He will whisper the words they are longing to hear and we get to speak them! How cool is that? He already has a plan for us all and it is good.

For me, the thing to remember is this:  Jesus is still pursuing them. Even now He’s wooing them back to wholeness, even if they don’t know it. No one is exempt from His love. He will have His way; just you wait and see. Keep loving them even when other’s around us don’t and we will see Him win every time, for He’s as close as we will allow. He really is tangibly right here, right now! Let Him have His way. And feel honored to be the one to show this unfailing love to someone else.

The Spirit of God, the Master, is on me

because God anointed me.

He sent me to preach good news to the poor,

announce freedom to all captives

(and) pardon all prisoners.

8 thoughts on “Love Wins, whether you see it or not”