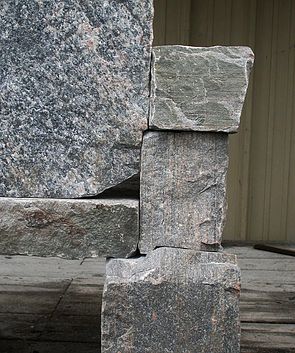 I’ve been thinking about the verse in Ephesians 2:6 lately, “And God raised us up with Christ and seated us with him in the heavenly realms in Christ Jesus“; so I went and read it again…

When I’ve read this scripture in the past, I always difficulty seeing myself seated in heaven; it always felt like a cold harsh place of judgment, a place to be avoided at all cost. Sometimes, if I tried really hard I could see myself seated there. I would be sitting on a dark limestone throne that was so cold I could feel it seeping into my bones. The room itself was really dark and bare. So dim in fact that most of the room was undistinguishable. There was no comfort or peace there, only a sense that I didn’t belong and if I got caught there, I would be punished.

This cold harsh heaven became a place to avoid. And because of that, I never imagined sitting up in heaven, which in turn made it difficult to get a heavenly perspective on my life.

Perspective is what changes when you get further away from something and generally is what’s meant by the phrase ‘get above it’, that and an understanding of our authority and power in Jesus. If I didn’t have a perspective change, there would be no sense of authority, power or particular wisdom to effect change in my life. All I basically had was head knowledge, of this scripture, knowing where I’m seated and declaring it all the time. What I lacked was a true vision or sense of what it afforded me, what it really meant.

This time, after I finished reading that verse again, I began to see an image from my childhood.

The image was one of freedom and joy, where a little girl was free to run and run and run, and dream big dreams until the sun went down and she had to go home. You see, as a child I practically lived outside. I climbed trees, made trails in the woods, built forts, picked flowers and played baseball whenever we could get enough people together. One of my favorite things to do was daydream. Boy could I get lost! I would often be found lying on my back under a tree staring up into the clouds and getting lost in my imagination. I wasn’t always seeing anything with my natural eyes. My “sight” was elsewhere. I daydreamed of my future family and what I would be doing with my life someday. Sometimes I was off on great adventures where I had the starring role and was greatly celebrated for my bravery and wisdom. It makes me smile just thinking back to some of those carefree times.

The image brought a smile to my face but at the same time it kind of made me sad. It seemed so different than where or how I was currently living.  Some days, where I lived was more like the sun had gone down and the adventures had stopped.  Wow! Why was that? I wasn’t using my imagination to see things differently. I wasn’t dreaming up answers to questions in my life. I was too close to everything. I needed a new perspective! 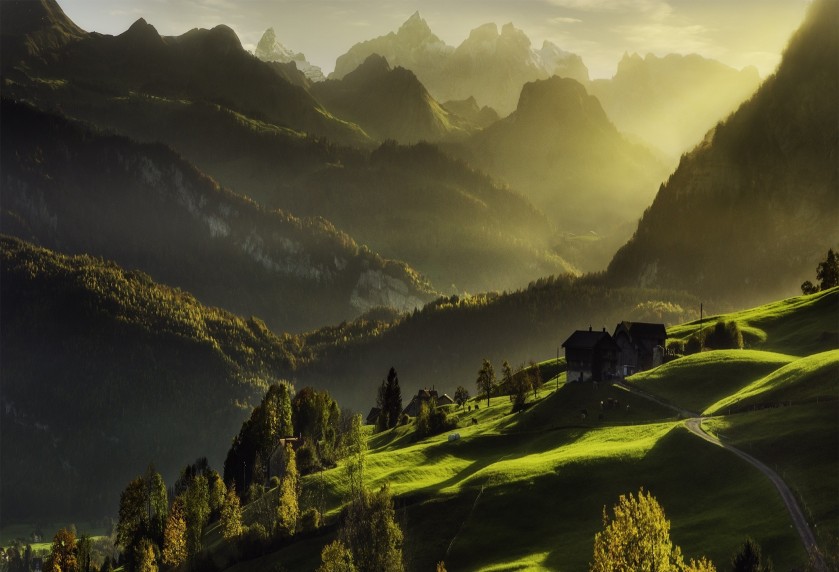 The other day, as I was reading a post on Facebook, I saw something new; I saw this scripture in an entirely new light. Instead of sitting on a cold hard throne, I saw myself sitting atop a grassy knoll. Sitting beside me was my best friend. We were looking down toward the valley without a care in the world. Then we lay down on our backs and started looking at the clouds. They were big fluffy cumulus clouds, sailing high above our warm sunny place. I began to describe what I saw in the shapes of the clouds; a castle, a horse, a dog and yes, even a pirate ship!

Wherever I looked, I saw a new perspective; I saw things in a new light and I wasn’t feeling powerless to effect change any longer. The difference, I think was in the rest I was experiencing; I was at ease and was able to let my imagination run free. I was that little girl again!

You see, we were created to freely imagine things, be creative like our Father and to actually create the solutions to the situations going on around us in our lives, and the lives of others. We have the answer, if we will have eyes to see and ears to hear a new perspective that is available to us all.

Nothing had actually changed in my physical life when I was sitting on that hill. All the previous “issues” of life were still down in that valley but being at rest gave me new eyes to see. Patterns began to emerge that I had never seen before, and really isn’t that a great reason to live next to Jesus in the heavenly realms? I learned some things the other day. Here are a few of them:

While sitting in heavenly places (Eph 2:6) I discovered:

New perspectives – leave the mouse in the box vision behind and begin to soar like an eagle.

Things that are far away look smaller – stop glorifying how big the issues of life are and begin to see the true size they really are. For instance: if you hold a piece of paper the size of a credit card up close, all you see is the paper. Once you place that piece of paper further away, you begin to see all kinds of things around it and even beyond it. That’s because if we only focus on that one ‘problem’ thing, that is all we see. It becomes too big to see anything else.

The heavenly realm is a place of peace – When you allow yourself to be seated in heaven, peace will infiltrate your entire being. Those things that cause worry and distress fall to the wayside, thus allowing you to see from a new perspective, which brings me to the next thing I learned.

The heavenly realm is a place of rest – When I’m at rest, worry ceases to exist. I’m free to not only see solutions to issues in my life; I’m free to create them! I was made to create, just like my Father.

When I’m at rest, much is accomplished – Rest is not a taskmaster. No, rest is the fuel that empowers me to accomplish all the things I need to do within a given day. It empowers me to be at peace and walk in joy, even while doing mundane things. This rest comes from above.

When I’m at rest, time ceases to exist – I don’t know the physics about it but I do know this: When I’m at rest, I leave the constraints that time has on me and I can do things that would otherwise be impossible. Yes, there are still 24 hours in a day here on earth…….but who said I had to be constrained to one realm??

This is a place where my imagination and creativity can soar because God raised me up with Jesus and seated me with him in the heavenly realms!

8 thoughts on “Seated in Heavenly Places”